With around 90% of UK homes (ONS: 2018) connected to the Internet, the Internet is now an everyday part of our lives both at home and work. After search engines, and social media sites, media brands are among the most visited sites on the web. Globally the BBC, IMDB and CNN rank highly and in the UK, the Guardian, Telegraph, Daily Mail, and Times online newspapers as well as Sky also lead the pack.

So what can we learn from media brands and what are ways to ape them?

In the world of the Internet content is king. Thus, content, or more precisely, search terms should be at the heart of your strategy in order to attract customers to your website. The act of simply embedding keyword friendly code and text into your website drives traffic.

Establishing a blog has a similar effect. Using both keywords and links to websites increases website visitors by 55%, inbound links by 97% and indexed pages by 434% (Source: Chris Garrett)

Broadband and web 2.0 enables rich multi-media offerings including You Tube and the BBC iplayer. Thus the ‘lean forward’ mode of Internet usage no longer dominates, and merges with the more ‘laid back’ mode of watching tv.

This array of multi-media fuels more compelling brand experiences. Experiences that not only inform, but also entertain, and engage. For example, Pampers, the disposable nappy brand, now runs a portal covering almost everything mums need to know about pregnancy and babies. It is a thought-leader in the group and created new ways to interact and build relationships with child-bearing mums through the early years of their child’s life.

By including embedded video, even the most banal of business-to-business offerings now engage more emotionally.

New channel or route to market

In the world of the Internet, websites are also new routes to market or sales channels. But the difference is that they are sales channels that you can control. We’re all familiar with Amazon. Launched in 1994 Amazon is now a top performing (in terms of traffic) website in most countries of the world. It dominates the book market. Not only is this driven by the wide list of books stocked but also user-generated content such as book reviews and searchable book content.

Of course, media are also means or channels to communicate messages to customers. They also influence, or actually are, the message itself.

As long ago as 1937, P&G produced what became known as the first ‘soap opera’. So called due to the soap powder advertisement that followed the show. Called ‘Guiding Light’ – the first soap opera was a US daytime radio series. It transferred to tv in 1952 and aired until 2009. 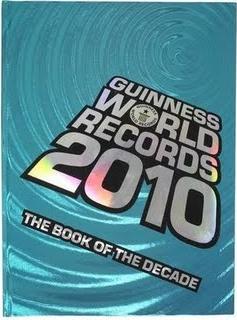 The Guinness Book of Records started in 1955 as a marketing give-away for the Guinness brand. It still regularly tops the book best-seller lists. It also spawned franchised museums. The book and museum franchise are now owned by the Jim Pattison Group (Ripley’s Entertainment) being sold by Diageo in 2001. With foresight of the multi-media possibilities, perhaps the book would still be Guinness owned.

Creating ‘genre’ or subject driven websites conveys authority as well as cross promotes brands. In the baby care arena, Pampers is a good example.  There are unbranded examples too. For example, Diageo runs unbranded whisky websites to indirectly promote its brands.

According to the IAB, the Internet overtook television to become the largest advertising sector in the UK in 2009. That’s a record spend of £1.75bn on search. This made the UK the first major economy, and the second after Denmark, to achieve this landmark. With the auction model driving pay-per-click price inflation there will inevitably become a point where brand owners scream ‘too much is too much’. So amass your own content to drive a high natural search ranking. And also a safety valve to contain costs.

In the world of the Internet, content is king. So use content to market your brand. Also to add value, build stronger relationships with your customer, and tell your brand story. Create and use content to create more inventive and lower cost promotion vehicles and routes to market. As everyone is jumping in on the act from entrepreneurial bloggers and instagrammers to businesses, don’t be left behind!