Looking to the future

This vision has since guided Disney’s “imagineering”.

Need some help? Our brand strategy services are always tailored to your needs.

Seven essentials to being a successful marketing director or CMO

“In the old culture, managers got their power from secret knowledge: profit margins, market share, and all that… In the new culture, the role of the leader is to express a vision, get buy-in, and implement it. That calls for open, caring relations with every employee, and face-to-face communication. People who can’t convincingly articulate a vision won’t be successful. But those who can will become even more open – because success breeds self-confidence.”

Productivity is an economic concept (Figure 1). It represents the ratio of economic output: input. Practically, productivity assesses the competitiveness of an economy, and the health or otherwise of constituent businesses. It also indicates a country’s ability to improve raise wages over costs as this depends largely on raising output per worker. Thus understanding UK productivity is key to determining how to improve the UK economy and businesses.

Moreover, emerging markets are forecast to grow faster than the developed markets, and China and India will both reach the top 3 by 2030 (Figure 2). There are many opportunities to grasp. 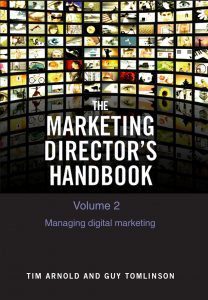 Managing Marketing in the Digital Age

Marketing and Politics ; What Can Marketers Learn from the 2019 UK General Election Result?

Any cookies that may not be particularly necessary for the website to function and is used specifically to collect user personal data via analytics, ads, other embedded contents are termed as non-necessary cookies. It is mandatory to procure user consent prior to running these cookies on your website.