Equally, following ‘sacred’ product development ‘gate’ processes sometimes fails to guarantee success. This is because gate processes are just that – processes. And processes are ‘a series of actions or steps’ to help management manage risks. Also to prioritise opportunities and avoid wheel reinvention. Thus processes tend to be rigid, inflexible, and less suited to some circumstances, such as rapidly changing markets.

In the 1990s Reader’s Digest was a multi-billion dollar business. Its’ mailings were legendary. Their magazines and books sold in the millions, and if the sales data were published, most products would appear in the best-seller lists. The products and promotions were based on extensive testing, and response rates commonly in double digits. Then in the UK, along came the National Lottery. Almost at a stroke response rates fell, as the attraction of Tom Champagne’s £50,000 Free Prize Draw declined in comparison with the opportunity to win millions on Lotto.

The fact that a substantial proportion of products and services fail rather than succeed suggests there is more to do (1). While failures are set-backs, there is also lots to learn from failure. It helps improve the odds of innovation success.

How to anticipate and overcome failure? It is easier to observe and comment with the benefit of hindsight.

While there is much good in health-care, there are also many stories of unfortunate casualties and accidents. In the UK alone, there are nearly 1m reported patient incidents (fatal and non-fatal).  In the US, preventable medical error in hospitals is the 3rd biggest killer. Problems occur mostly when clinicians work diligently and with good intentions. Problems include complexity (WHO lists 12.4k diseases and disorders each requiring different medical protocols), stretched resources and decision making pressures. There are also other reasons, for example, cultural, where communication, assessment and reporting is less than open and honest.  Errors occur where practitioners are so focused on a task at hand that true perspective is lost. Thus compounding issues. Early remedy is sometimes frustrated through fear to speak-out or failure to accept reality – evidenced in a blame or a cover-up mentality (2). So called cognitive dissonance.

Conversely, where the mindset to is to ‘fess up’, document and investigate the reasons for failure, heath-care outcomes rise.

The air industry has the lowest fatality rates of all forms of transport. How is this? Through systematic recording of the reasons for failure and then learning from them. As a result, installation of black-box flight recorders in aircraft is a globally agreed practice. This allows full investigation of the reasons behind any air accident. In turn, black box flight recorders, have inspired protocols covering landing, takeoff, cockpit safety and more. 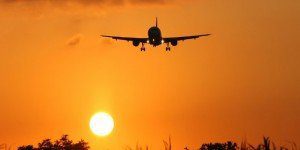 A conventional approach to product development is to identify a pain point, or unfulfilled customer need, and then design a better product or service or fill a gap.  When faced with nozzles that ‘clogged’ and halted the washing powder manufacturing process, Unilever put their top mathematicians and fluid experts on the case. After a long study period they came up with a new design. However, the powder produced still blocked the nozzles. Almost in desperation, a team of biologists, with no knowledge of fluid dynamics, were then tasked with solving the problem. They took a very different approach. First to manufacture and then test ten different variants of the nozzle. The winning nozzle was then copied and revised ten times and each retested. Through 45 generations and nearly 450 failures, an outstanding nozzle emerged. In other words, through rapid evolution, scientists learned how to make a better nozzle (2).

What about the online world? Take the ubiquitous and multibillion behemoth, Google. Google tests and releases hundreds of millions of lines of code daily. Billions of builds prompt millions of automated tests to run across hundreds of thousands of browser instances daily. Testing is Google’s ‘secret sauce’ and it takes pride in both its development speed and failing on a daily basis. 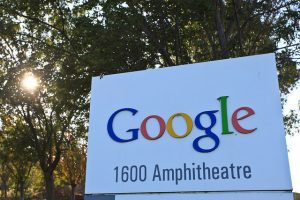 Google’s approach may have shortcomings, but they are willing to publish it and open it to the scrutiny of the international testing community so that it continues to evolve. Everyone who writes code at Google is a tester and responsible for quality. The mantra is “you built it and you break it” i.e. code a little and then test the build.  Then code more and test more. However, while product development and testing go hand in hand, different responsibilities lie with different groups. Beyond development or coding, Google has created roles for engineers (Engineering Productivity) to make other engineers more productive and more quality-minded. Their mission is to avoid re-work and redundant code due to sloppy development.

A development aim is to build a core product and release it once deemed useful to as large a crowd as feasible. And then seek feedback and iterate, rather than ship a large number of features at once. Gmail is a good example; remaining in beta mode for four years to signal that the product was still under-development.

About the Author
Guy is Chief Marketer at The Marketing Directors and Chief Researcher at The Market Researchers. He helps research and market brands and businesses in consumer goods, services, media, technology and business-to-business. Successes include the BBC, GlaxoSmithKline, First Ark, Global Switch, McDonald's, Scott Bader and Paypal. After graduating with a degree in Chemistry, he started-out in brand management at Boots and Procter and Gamble, managed business planning at Reader’s Digest, before becoming Group Marketing Director, responsible for 13 countries at media producer Softvision. As a consultant, and then Board Marketing Director he worked for KAE, PricewaterhouseCoopers and New Solutions (Omnicom) before founding The Marketing Directors in 2005. Guy plays tennis, water skis and supports #HCAFC.
Social Share 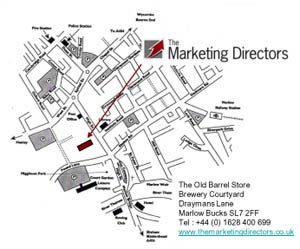