The Marketing of Science

It was a typical Manchester day as we drove north to my old University town. But a rainy day tinged with excitement at the invitation to listen to the University’s astrophysics professor, and particle physics researcher, Brian Cox to speak on the subject of ‘A Scientist in the Media’. 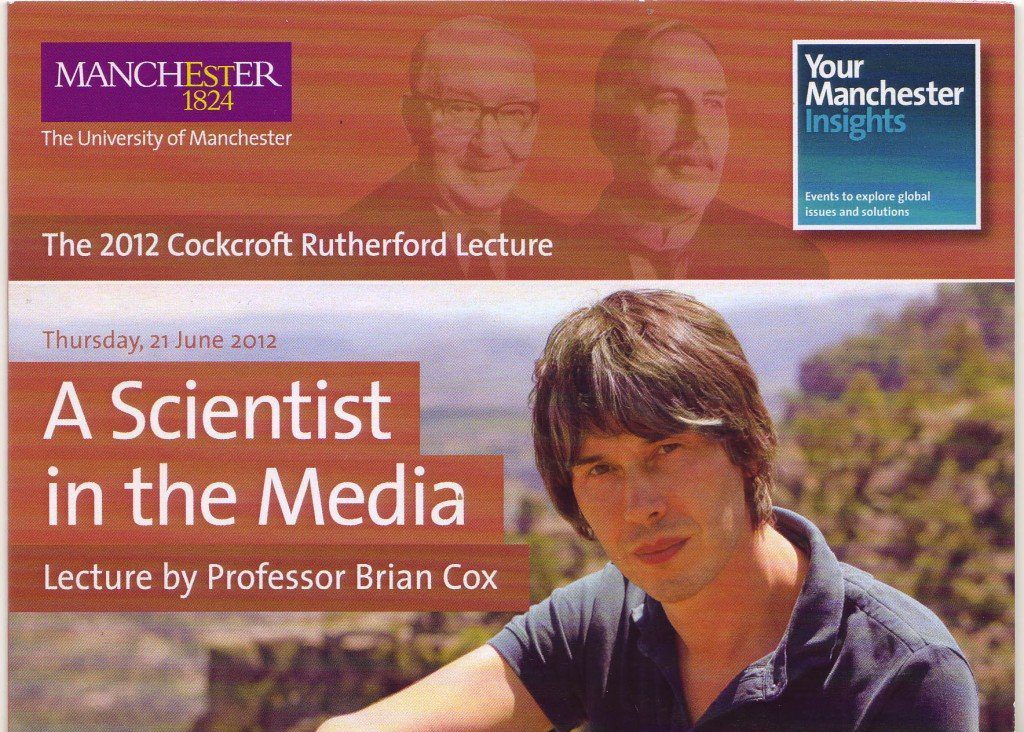 Brian Cox – A Scientist in the Media 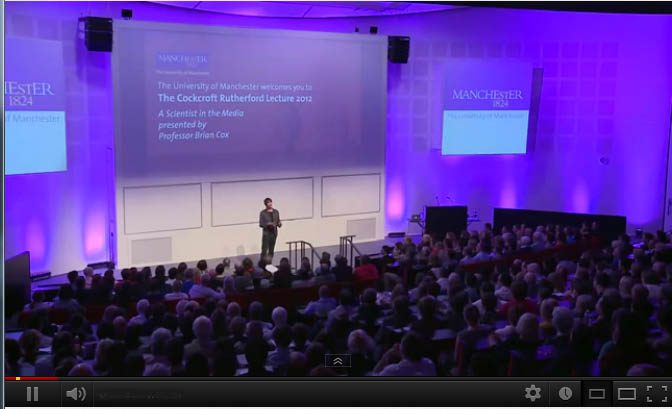 Science marketing in the tv age

Astronomer, Carl Sagan was one of the first scientists of the television age. His award-winning 1980s series, Cosmos – A personal voyage, opens with the stirring words. “The cosmos is all it is, or ever was or ever will be. The contemplations of the cosmos stir us. There is a tingling in the spine, that catch in the voice. A faint sensation as if a distant memory of falling from a great height. We know we approach the grandest of mysteries. The size and age of the cosmos are beyond ordinary human understanding. Lost somewhere between immensity and eternity is our tiny planetary home, the Earth. Our future depends on how well we understand this cosmos in which we float like a speck of dust in the morning sky.” Underlining that science is not just about creating a few smells or bangs, but an exciting journey to shape our futures.

More recently Jim Al-Khalili‘s (Professor of Physics,  University of Surrey) BAFTA nominated series on Chemistry: A Volatile History and Alice Roberts‘ (medical doctor, anthropologist and Professor at the University of Birmingham) The Incredible Human Journey have also won widespread acclaim. Both series have powerful narratives. As testimony to their abilities, both are now Professors in Public Engagement in Science at their respective Universities.

Where marketing of science started?

The effect on University applications?

Yet what about science specifically? University applications for sciences held up better than the UK average for all subjects and accounted for 33% of 2011 applications compared with 31% in 2010. Biological science applications are 4.4% (9k) lower while physical sciences are just 0.6% (546) lower and medicine and related sciences are 1% (4k) higher (1). Applications to the University of Manchester are 10% (5.3k) lower vs 2010.

Looking at another measure of public interest, the book best-seller lists; the hardback of Brian Cox’s The Wonders of The Universe sold over 100k copies in 2011. This was one of only two science related books in the non-fiction hardback top 20, along with David Attenborough’s Frozen Planet (2). In addition, Amazon reported sales of telescopes were up 500% following the airing of Stargazing Live.

So what’s the report card on the marketing of science? Shows much promise; has successfully increased appeal to more than just spotty geeks.

The media, and television specifically, are powerful means to promote all products, and services such as University courses. Also to win hearts and minds. Use them if you can!

Universities can and should think like media brands to drive awareness, interest, and demand for their services. Their offerings comprise more than courses, but principles, beliefs and sheer force of personality to inspire and empower. Thus far overall 2011 University of Manchester application figures suggest ‘could do better’ but the 2012 Cockcroft Rutherford lecture is an example of the University at its best. Watch the lecture, be inspired by the answer to life the universe and everything – and the small blue dot that we call home.  I hope that this blog-post makes a small contribution to the University’s aims!